You are here: Home / Stow & Fountainhall

The local authority Parish of Stow stretches from Crookston (near Heriot) to Bowland, and has two main centres of population: Stow and Fountainhall.

Stow, or more properly, Stow of Wedale, is a small village of around 700 people, nestling in a bend of the Gala Water valley in the Scottish Borders. The origins of Stow are lost in legend and time, with King Arthur said to have founded a chapel at the holy well nearby which became an important medieval place of pilgrimage. Certainly, overlooking the valley can be seen the earthworks of the early hillforts from over two thousand years ago. 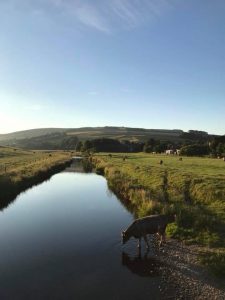 Fountainhall – with a population of 280, Fountainhall is a small community with its own school and village hall. It supports a thriving WRI and is strongly linked to the farming community. Lying just a couple of miles to the north of Stow, Fountainhall comes together with Stow as one community enjoying many social and economic links with Heriot and Galashiels.